1950 – Capucci opens his first atelier in Rome, in Via Sistina.

1951 – In July, at the Grand Hotel in Florence, he presents his collection in occasion of the second fashion show organised by the group of couturier guided by Giovanni Battista Giorgini, who can be considered the father of Italian Fashion. During this event, the dresses crafted by Capucci did not see the catwalk, but Giorgini decided to make his wife and daughter, both attending the show, wear two dresses crafted by Capucci. Both creations raised praises from the attending public.

1952 – In January the third fashion show organised by Giorgini was held in the White Room in Palazzo Pitti, in Florence, which has been the location of fashion shows in Italy until 1967. Capucci took part in the show with his Spring/Summer 1952 collection.

1955 – Capucci opens his atelier in Via Gregoriana, Rome, which has been the historical source of his creations until 2011.

1958 – Capucci created the “Box Line”, a truly unique revolution from a technical and stylistic point of view, widely appreciated from the foreign press and public. This style has always been a fundamental thread in Capucci’s long career and it evolved during the years. In the same year, the Maestro is awarded with a special prize, conferred every year to best fashion creators in the world, by the department store chain Filene’s, in Boston. The award was also conferred to Jim Galanos for the United States and Pierre Cardin for France. 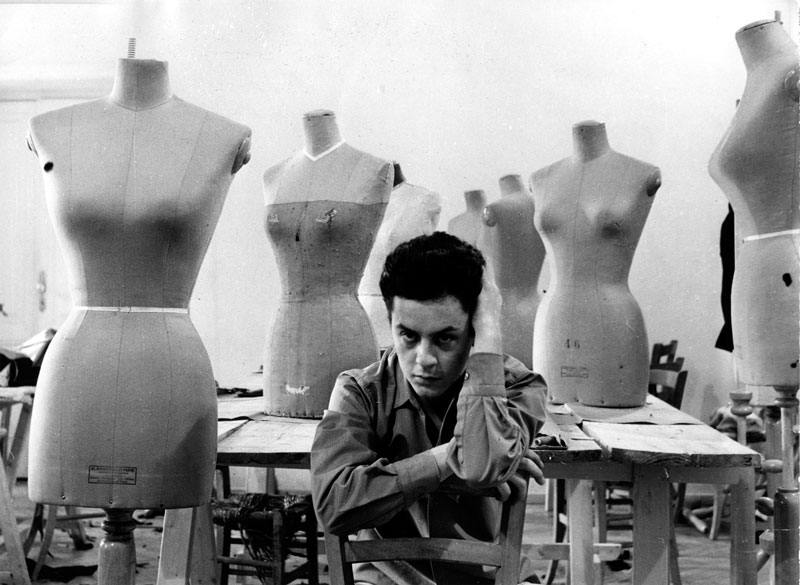 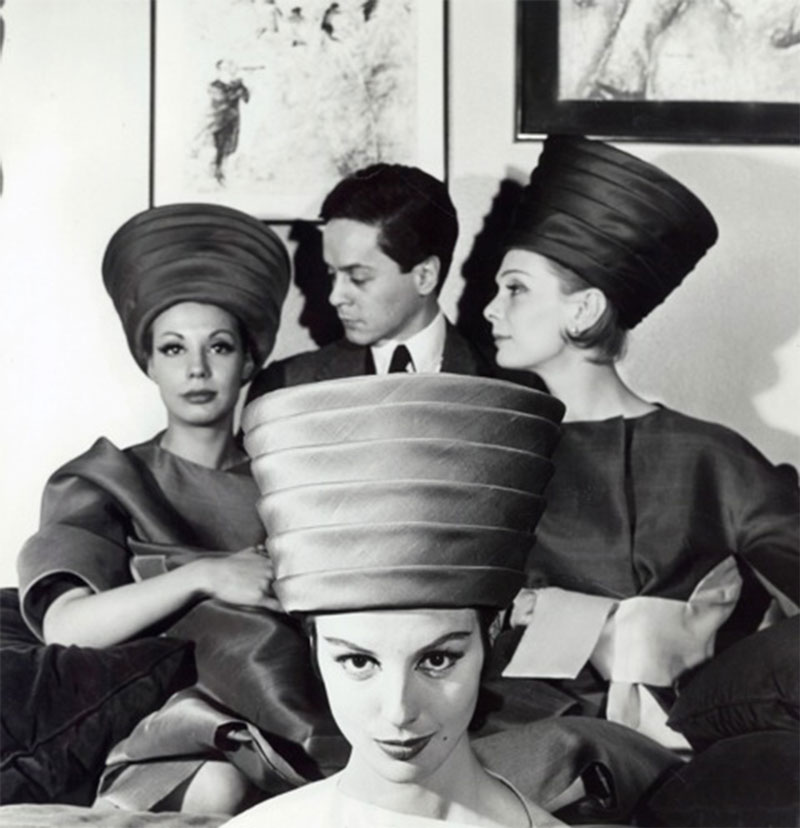 1961 – In July he took part to his last fashion show in Florence. In October he moved to Paris and

opened an atelier in Rue Cambon, keeping the one in Rome operating as well.

1968 – He went back to Rome, closing the atelier in Paris and permanently establishing his creative centre in Via Gregoriana. He started presenting his collections following the calendar dictated by the Camera Nazionale dell’Alta Moda.

1968 – For the first time in his career, he created costumes for a film, Teorema, by Pier Paolo Pasolini, starring Terence Stamp and Silvana Mangano. This working experience had been so deep and significant that led him to the decision not to work with cinema again. 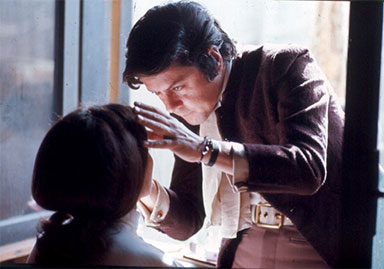 1970 – Year of Capucci’s first trip to India, a crucial journey for him and his creative evolution, especially for what it concerns the use of colours in all their shades and the daring and original combination of them in his creations. While in India, he promoted a local production of dresses by donating his sketches and drawings to some local women in a village in Rajasthan.

1970 – For the first time, Capucci’s creations were presented in a museum, he presented his collection in the Museo Nazionale Etrusco di Villa Giulia, in Rome.

1978 – Capucci crafted the sculpture dress Colonna, which represents a fundamental turning point in his career, laying the foundation for the creative path that followed. In this particular case, the concept of a column (Colonna in Italian) is expressed through the dress, breaking with sartorial tradition and getting closer with the art world.

1982 – Capucci left the Camera Nazionale dell’Alta Moda, starting to present his collections to the public outside the fashion calendars, in different cities, in Italy and abroad. Go to the collections page

1986 – He worked with opera for the first time, appointed by the Ente Lirico Arena di Verona in occasion of the event Omaggio alla Callas. Capucci crafted the costumes for the vestal virgins in the Norma by Vincenzo Bellini. 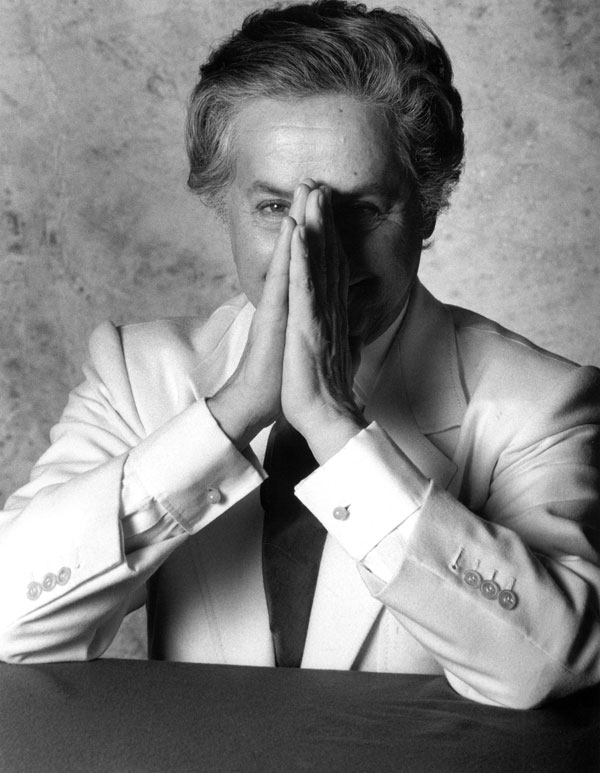 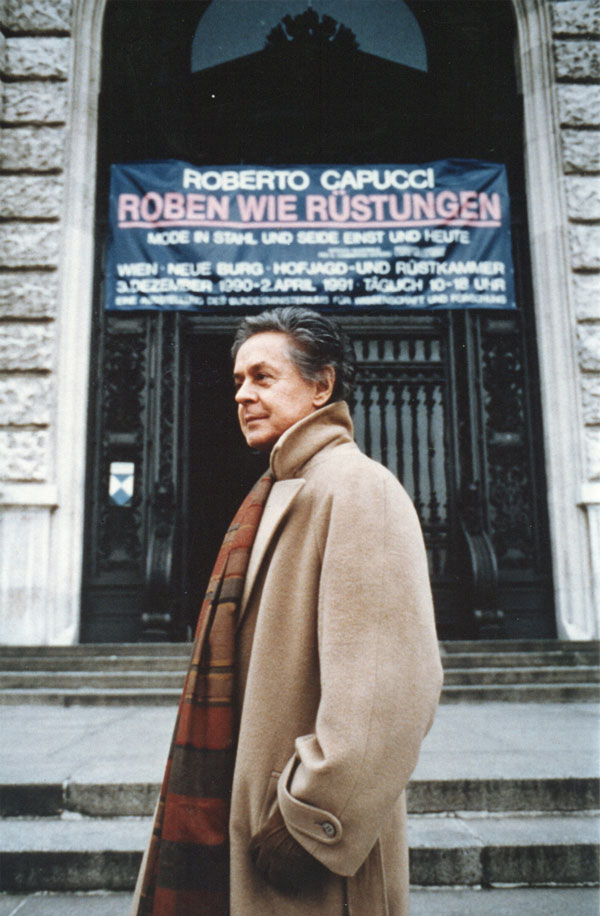 1990 – With the exhibition “Roberto Capucci, l’Arte nella Moda. Volume, Colore, Metodo”, held in Palazzo Strozzi in Florence, he took a path that led him to the most prestigious museums in the world. Go to the Exhibitions page

1992 – In the concert hall Schauspielhaus in Berlin, accompanied by the music of the Kammerensemble des Berliner Symphonie, he presented his last collection.

1995 – He took part in the fiftieth Biennale di Venezia, the centenary of the event. Capucci has been the first fashion designer participating at the Biennale. He realised twelve fabric sculptures (Architetture in tessuto), commissioned by the Director of the Biennale at the time, Jean Clair. These creations have been exhibited in museums all over the world since then. This event is once again the beginning of a new era for Capucci, by now considered a symbol of Italian creativity around the world.

1998 – In occasion of the World Expo in Lisbon in 1998, Capucci creates the fabric sculpture Oceano, which was exhibited in the Italian pavilion. Oceano is one of the most iconic creations crafted by Roberto Capucci.

2005 – In cooperation with Associazione Civita, the Maestro founded the Fondazione Roberto Capucci, whose task is to preserve and promote its vast archive. [link mission fondazione]

2007 – With the exhibition “Ritorno alle Origini” took place the grand opening of the Capucci Museum in Villa Bardini in Florence, thanks to the cooperation of Ente Cassa di Risparmio di Firenze. The museum has been open until December 2017. In these ten years the sculpture dresses kept in the archive of the Fondazione Capucci have been shown to the public in occasion of several exhibitions.

2011 – After 56 years Capucci moved his atelier from Via Gregoriana to the new headquarters in Foro Traiano, Rome.

2017 – In autumn 2017, Fondazione Roberto Capucci and the whole archive found a new home in Villa Manin, near Udine, thanks to the cooperation of ERPAC, that provided the necessary space to preserve Capucci’s work and history. 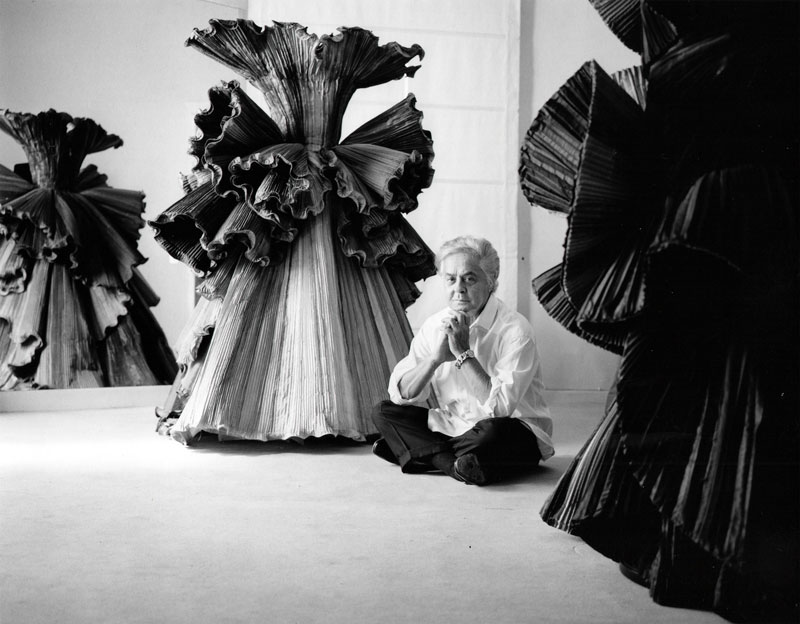 1991 Wien – Roberto Capucci is nominated Honorary Member of the Künstlerhaus.

1994 Milan – He is conferred the title of Accademico di Brera by the Accademia di Belle Arti di Brera.

1995 Beijing – He is conferred the title of Honorary Professor by the Chancellor of Beijing University.

2002 Rome – He is conferred the prestigious honour of Cavaliere di Gran Croce by the former Italian President Carlo Azeglio Ciampi.

2007 Florence – He is conferred the title of Accademico d’Onore by the Accademia di Belle Arti di Firenze.

2007 Rome – He is conferred a Laurea Honoris Causa in Design by Università di Roma La Sapienza.

2010 Florence – He is conferred the title of Honorary Member by the National Council of ADI, Associazione per il Disegno Industriale.

2011 Philadelphia – Thanks to his artistic vision, he is conferred The Liberty Bell by former Mayor of Philadelphia Michael Nutter.

2012 Rome – He is conferred the prestigious Lupa Capitolina by former Mayor of Rome Giovanni Alemanno.