During the decade between 1980 and 1990 he has often interpreted the creations of Roberto Capucci. In this particular group, set in the halls of the Roman Palazzos, the illustrator has first sketched in graphite the architectures, then printed the drawings and painted on them the dresses in tempera, a very effective experimental technique. The dresses are from the 1985 show held at the New York Army National Guard Armory. Three of these works have been used by Seteria Taroni and one by Seteria Bianchi to advertise their fabrics in Vogue Italia. 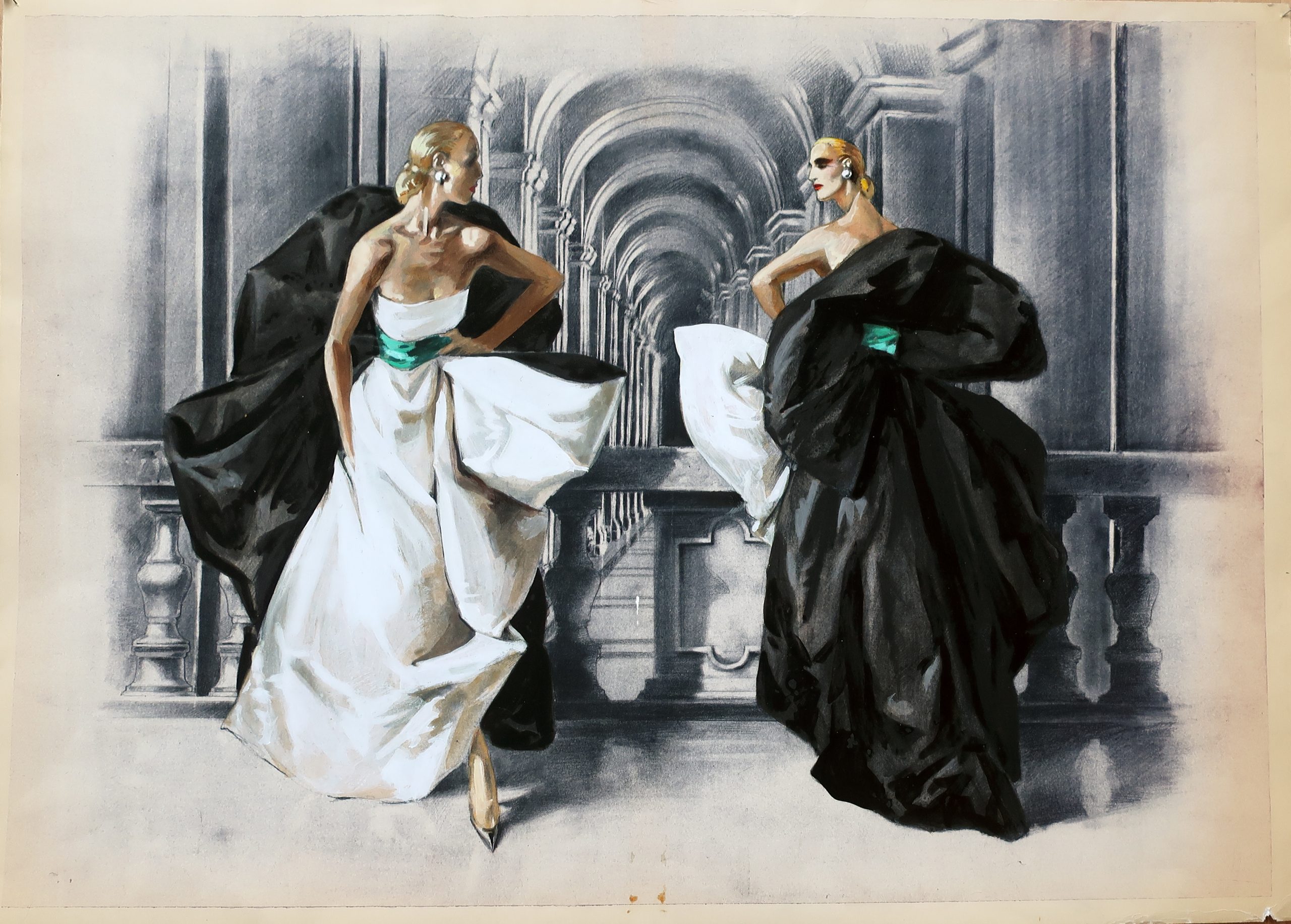 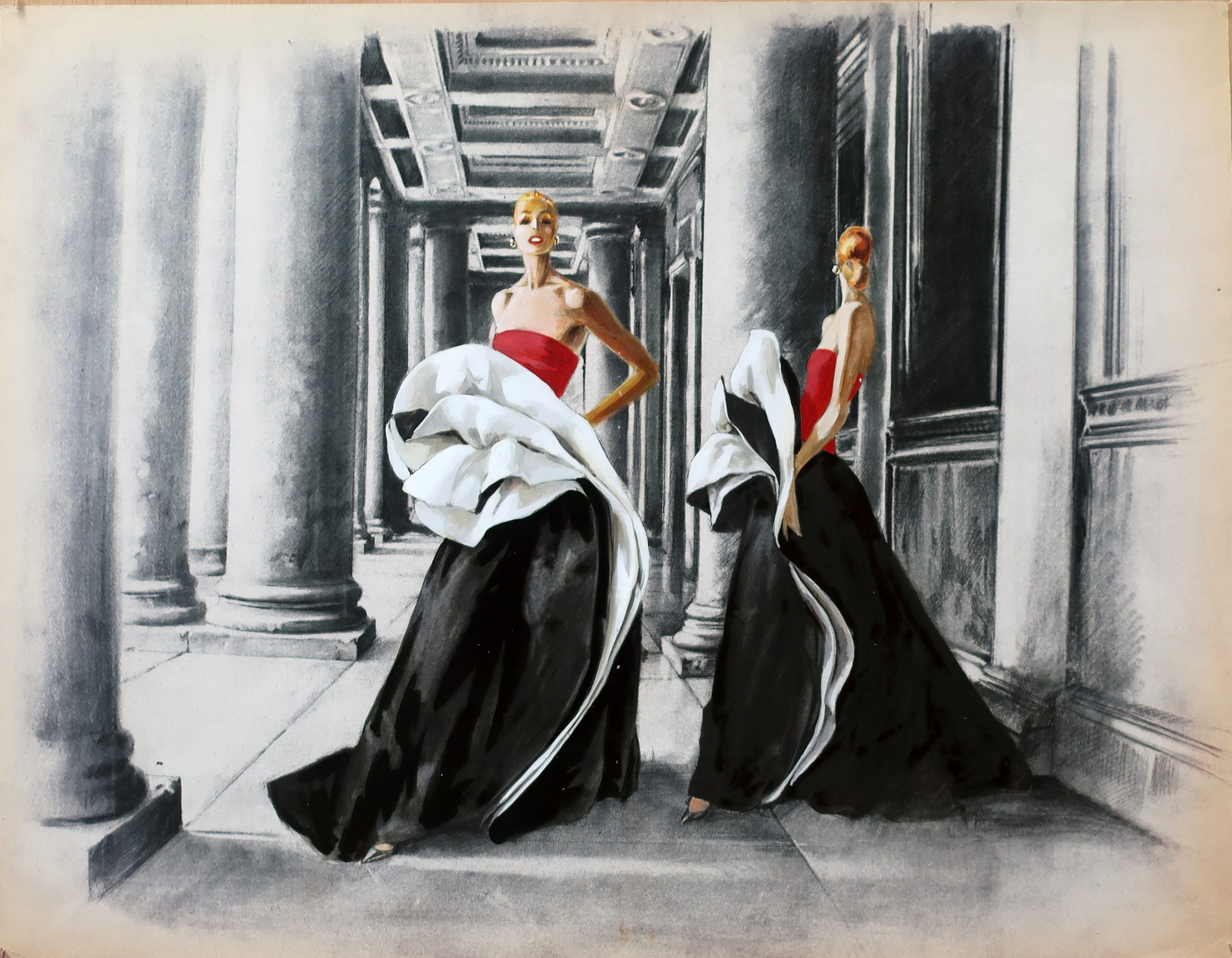 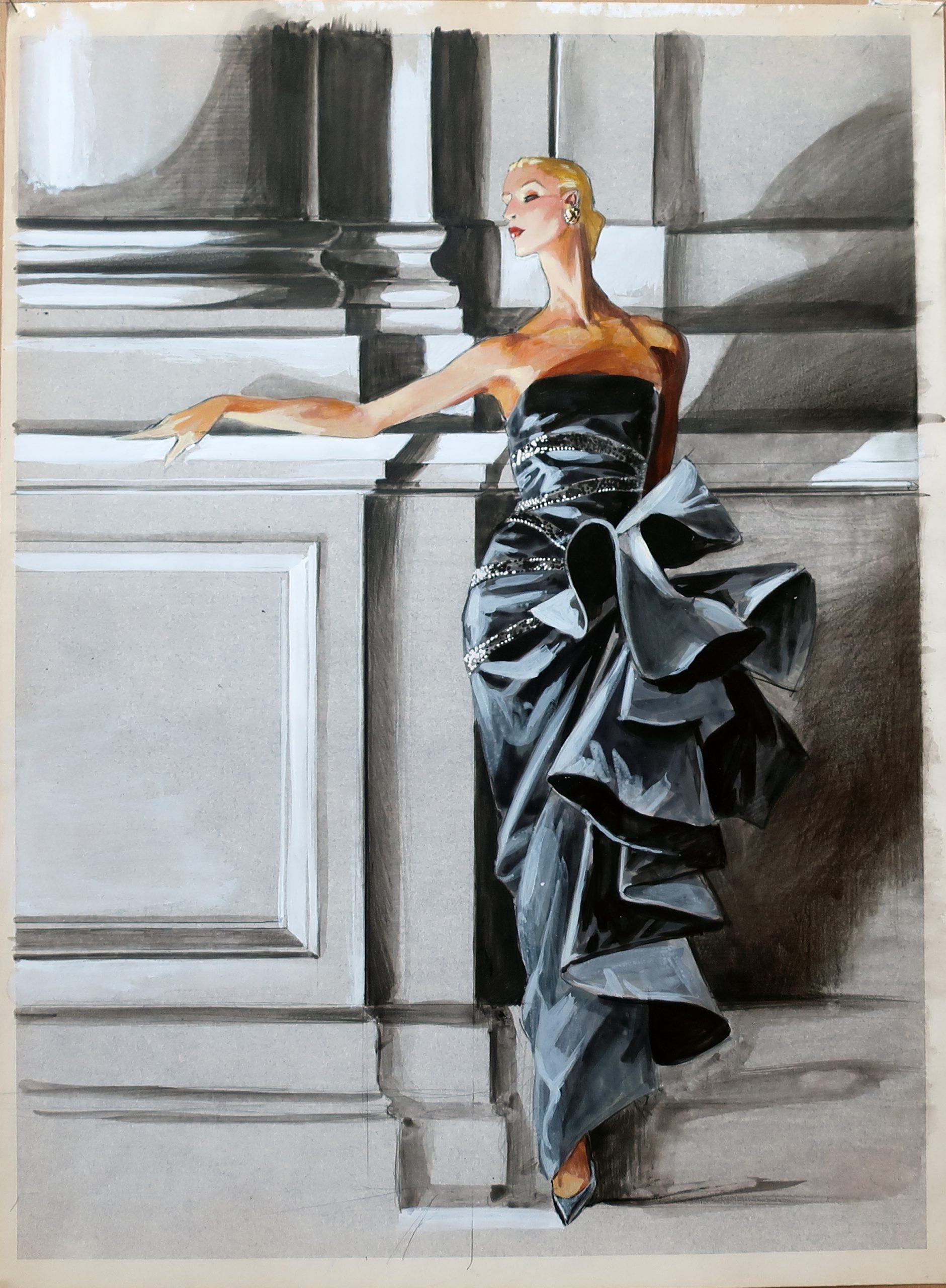 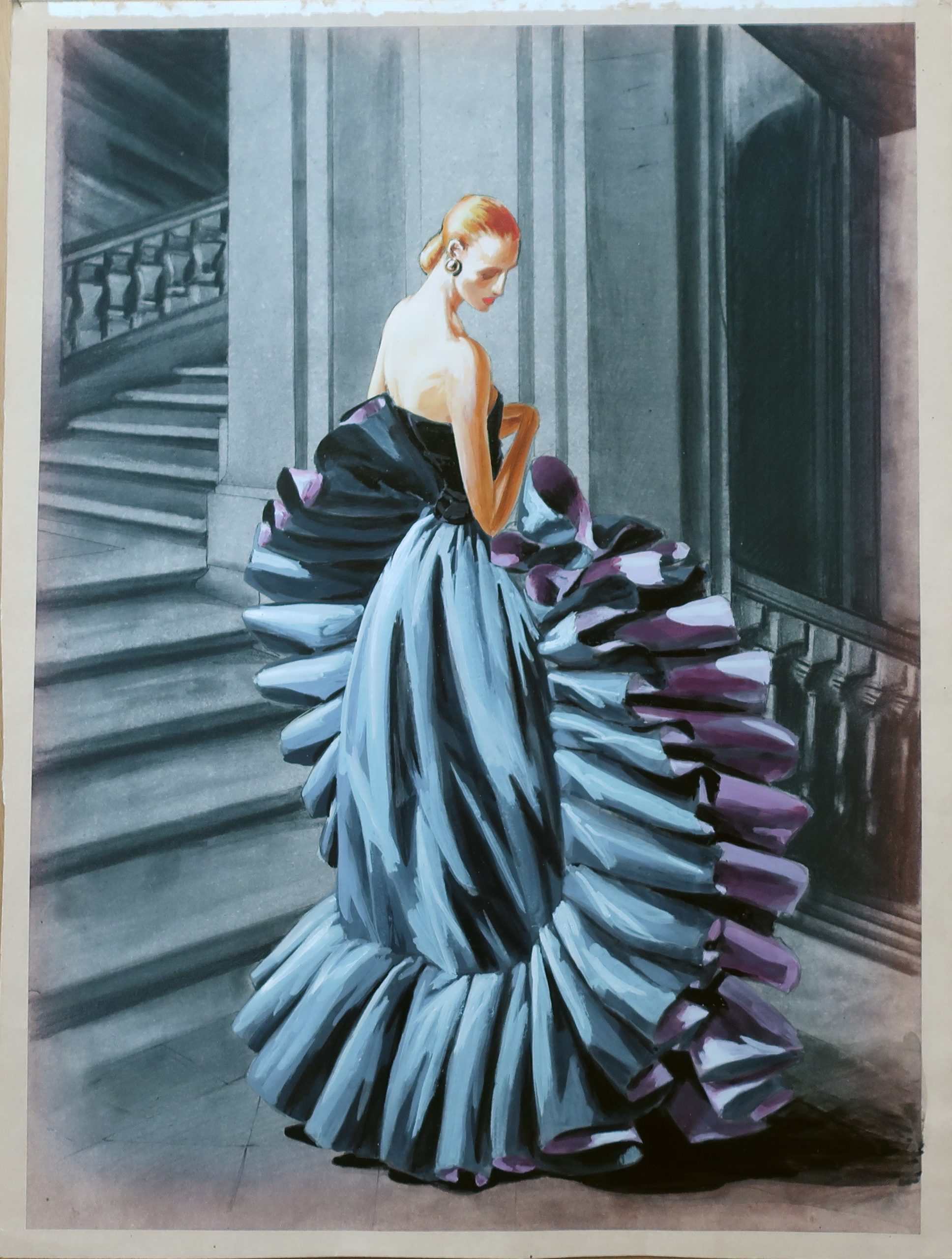 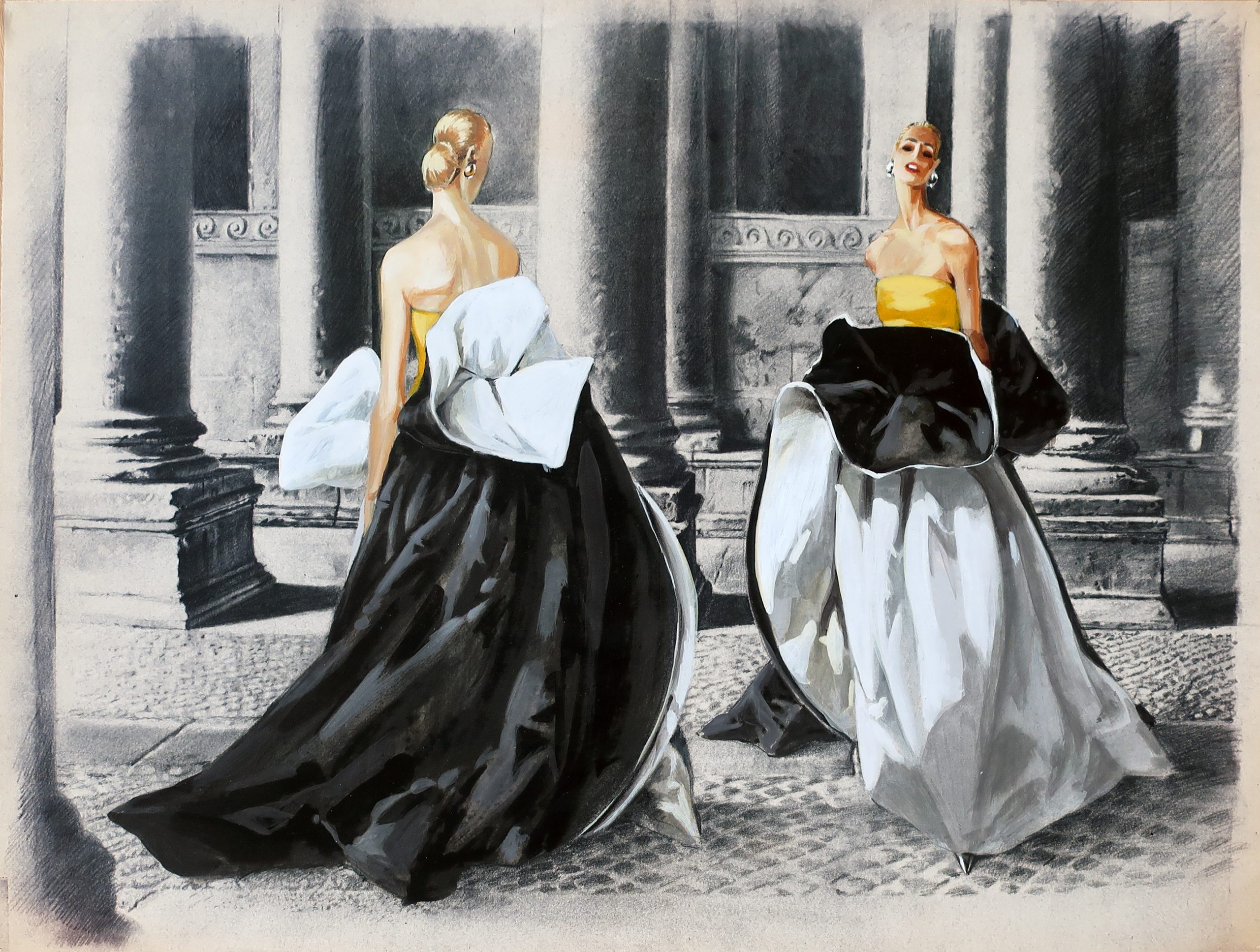 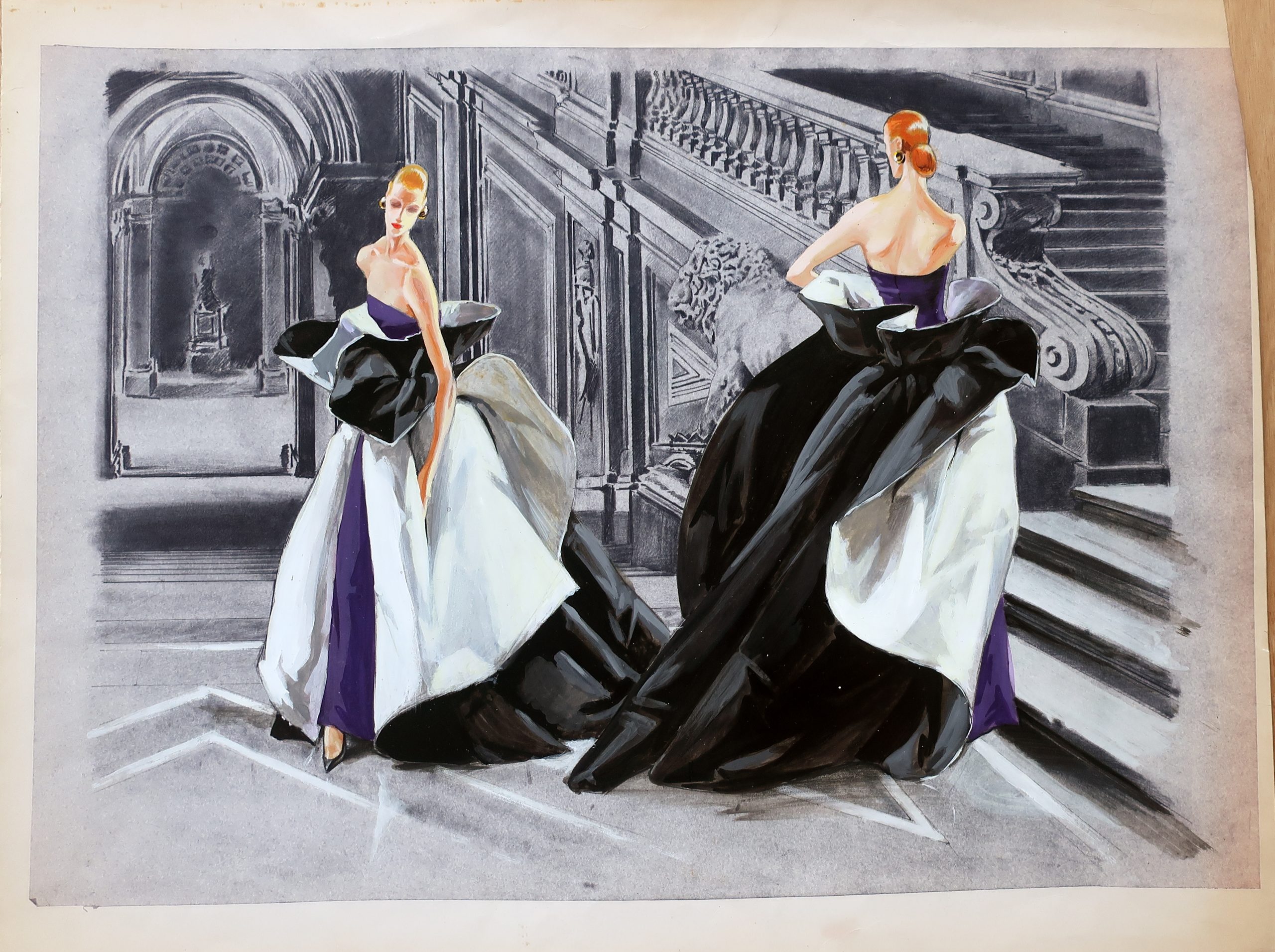